In 2018, Cosey Fanni Tutti was commissioned to write the soundtrack to director and actor Caroline Catz’s acclaimed, intimate portrayal of the composer, musician and sonic experimentalist, Delia Derbyshire (1937-2001). 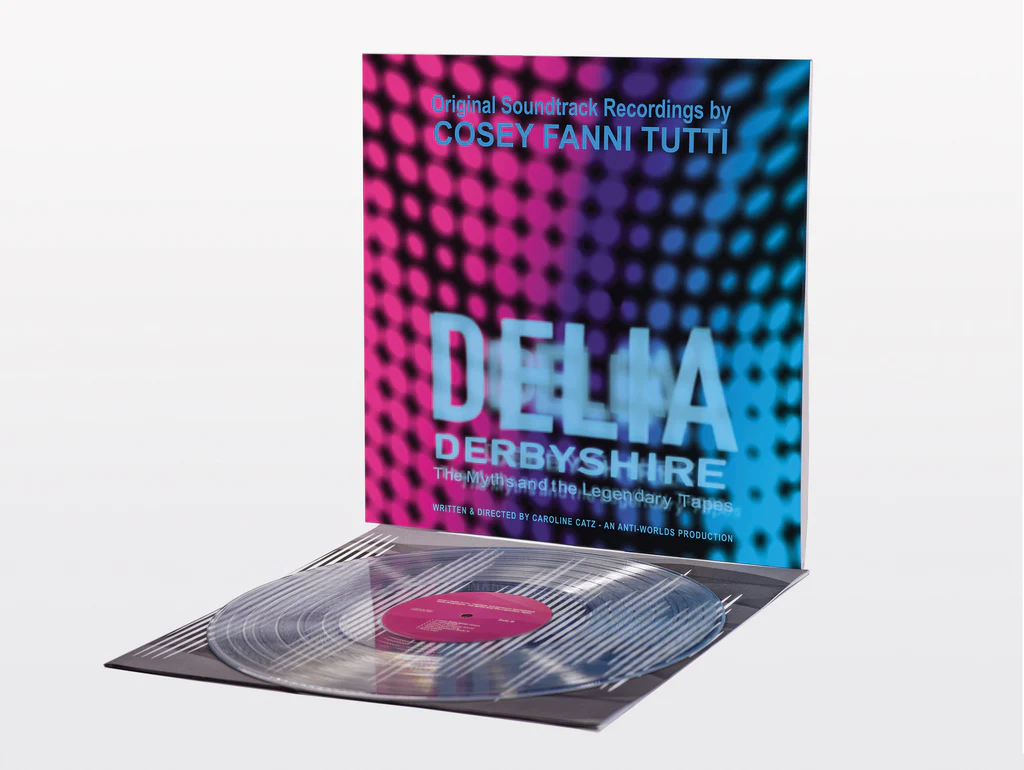 Best known for her groundbreaking work on the 1963 Doctor Who theme tune, Derbyshire was instrumental in giving easy access to and rewiring a nation’s attitudes towards electronic music. Working within the often-stifling confines of the BBC Radiophonic Workshop, her experimentalism - which saw her manipulating magnetic tape, found sounds and electronics - is only now being given full credit for the immeasurable impact it has had on the way we hear the world.

The new album includes the audio explorations and experiments that lead Cosey Fanni Tutti to the final soundtrack for Catz’ film. From the 4-minute long ‘Cornet Lament’ to the humorous ‘Snuff Chorus’ (which references an addiction that Derbyshire had for snuff), the album is a journey through both Delia and Cosey’s practise – Fanni Tutti spent time researching Derbyshire’s archives (both musical and the more personal ephemera of her life) to create an audio world for Catz’s depiction of the artist to inhabit.

Fanni Tutti explains, “The compositions are inspired by my research of the Delia Derbyshire audio archive, Delia's original compositional notes and techniques which in combination with my admiration and love of Delia’s work provided a way to integrate her style and approach to music with my own. An alliance of our sensibilities.”

The new album follows the release of Cosey Fanni Tutti’s new book, RE-SISTERS: The Lives and Recordings of Delia Derbyshire, Margery Kempe and Cosey Fanni Tutti which is due to be published on Faber on 18 August.

The book and the soundtrack recordings are intrinsically linked – Cosey’s research into Derbyshire coincided with her discovery of Margery Kempe and while working on the film, she found herself struck by how Derbyshire, Kempe and Fanni Tutti’s own life experiences felt intertwined. In the book, for the first time, Cosey Fanni Tutti explains her own processes creating music, an invaluable insight her artistic life.

Musician, artist and author Cosey Fanni Tutti has continually challenged boundaries and conventions for four decades. As a founding member of the hugely influential avant-garde band Throbbing Gristle, as one half of electronic pioneers Chris and Cosey, and as an artist channelling her experience in pornographic modelling and striptease, her work on the margins has come to reshape the mainstream.